Edit: Chart updated at 9/6/17 after a few error were pointed out by fellow Redditor.
Correction made: Arc Board range, Metroboard speed.
Marbel 2.0 charted.
Motor type included in the graph as suggested by /u/tm0587.
Any other error please do let me know in the comments, thank you!

There are so many electric skateboards out on the market right now, that it is very difficult to compare board to board even on a narrow dimension such as only the speed and range.
Thanks to the spreadsheet made public by /u/Eboarding, I made a few charts to help visualize the state of electric skateboard right now.

There were only 3 things shown in the chart. The top speed of the board, the range of the board and the weight of the board. (Weight was shown as the size of the bubble.)
Sadly, I couldn’t include other factors into a single chart, such as the type of motor, is the battery exchangeable, is the board waterproof and other features.

Interesting things were shown by the chart:

I was curious what electric skateboard give the best value per dollar performance wise.

So I used a simple formula (Top Speed+Range)/Price to plot another chart comparing boards.

Granted, this was a very crude way to measure performance not to mention the quality of the board and the features of the boards were not considered. Even if not completely useful, it is interesting. 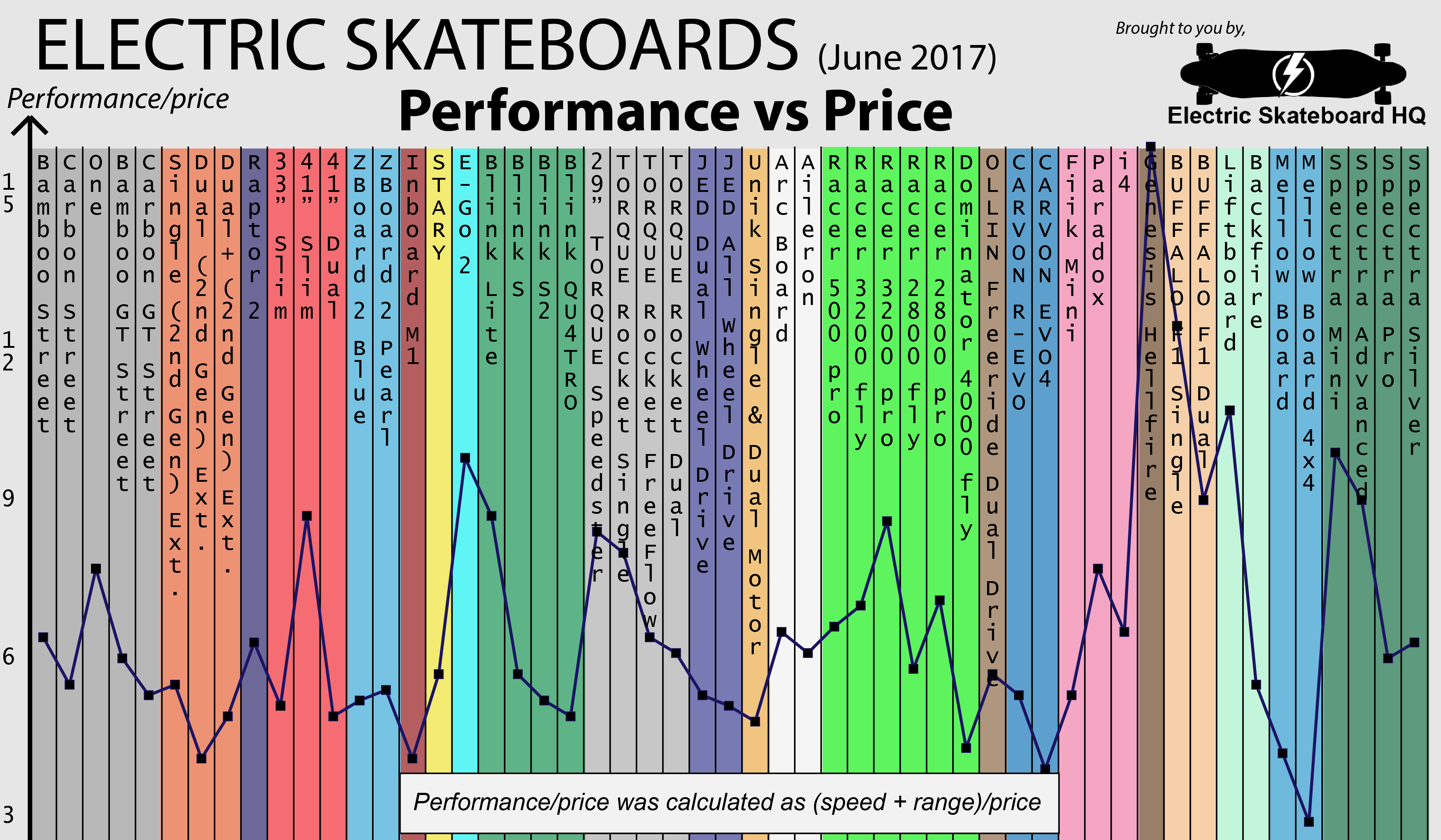 Crude as it is, something interesting can be seen here:

I hope the charts somewhat helps you to have an idea on the boards that are available right now, and help you make a buying decision.

By the way, Walnutt Spectra’s Indiegogo campaign is finishing in days and Raptor 2’s promo and free shipping might be ending soon.

I apologize if I get any specification wrong, and as the price of the board keeps changing, the chart might become obsolete with time.

Let me know in the comment if you too find the chart interesting.!

Below are the data that I used to make the graph.

Chart with prettier graphic can be seen also at e-skateboarding.com