UPDATE (25TH JUNE  2017): Tinboard IS a scam. Their website should be down. The indiegogo campaign should be dead by now. Anyways, you can read about what happened here.

Indiegogo campaign for Tinboard was launched by Brenner LTD yesterday (22/6/17).
Just within one day, they have reached 33% of their goal for a $25,000 funding.

And they are definitely going to receive a lot more funding as the spec & features & the price for this board is just unreal. 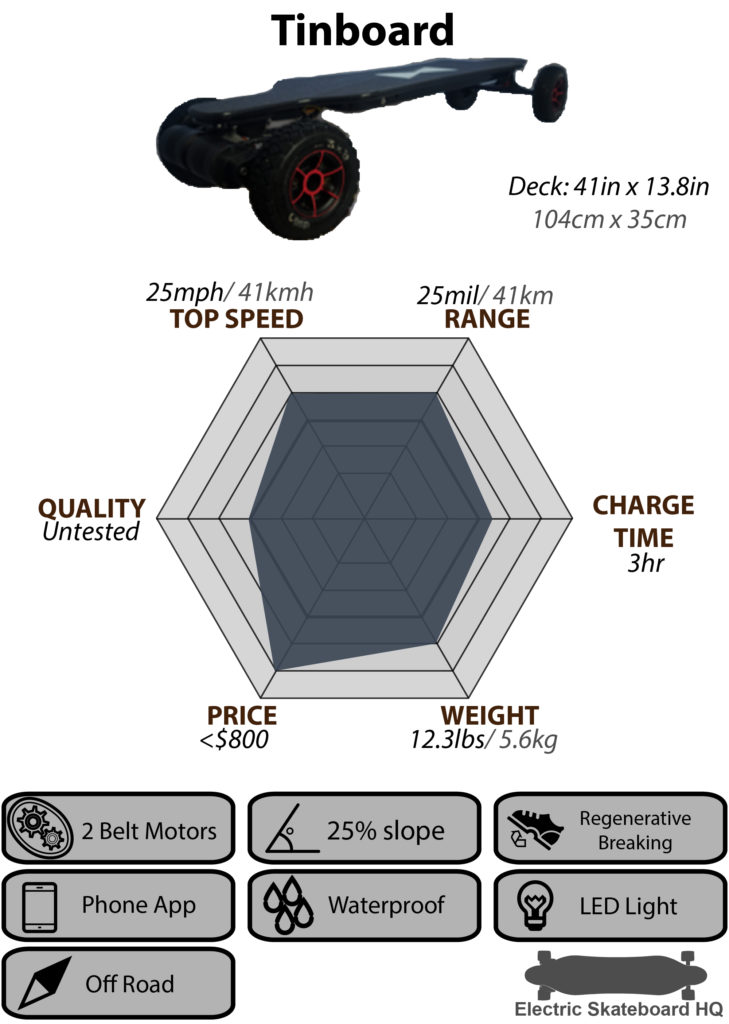 What is the hype about?

Prior to this, there is only one All Terrain electric skateboard worth mentioning in the market – Evolve All Terrain Series.

Tinboard is going to challenge the status quo by promising us an All Terrain board that match Evolve’s best board, the Bamboo GTX AT in all the specs, and even take it further by adding features such as IPx7 waterproof design, LED heads and tail lights. only weighing half and costing less than half of what Bamboo GTX AT cost.

What’s more, Tinboard is only weighing half of what Evolves board weighs and cost less than half of what Bamboo GTX AT cost.

Have you boarded the hype train yet?

The comparison chart says it all. 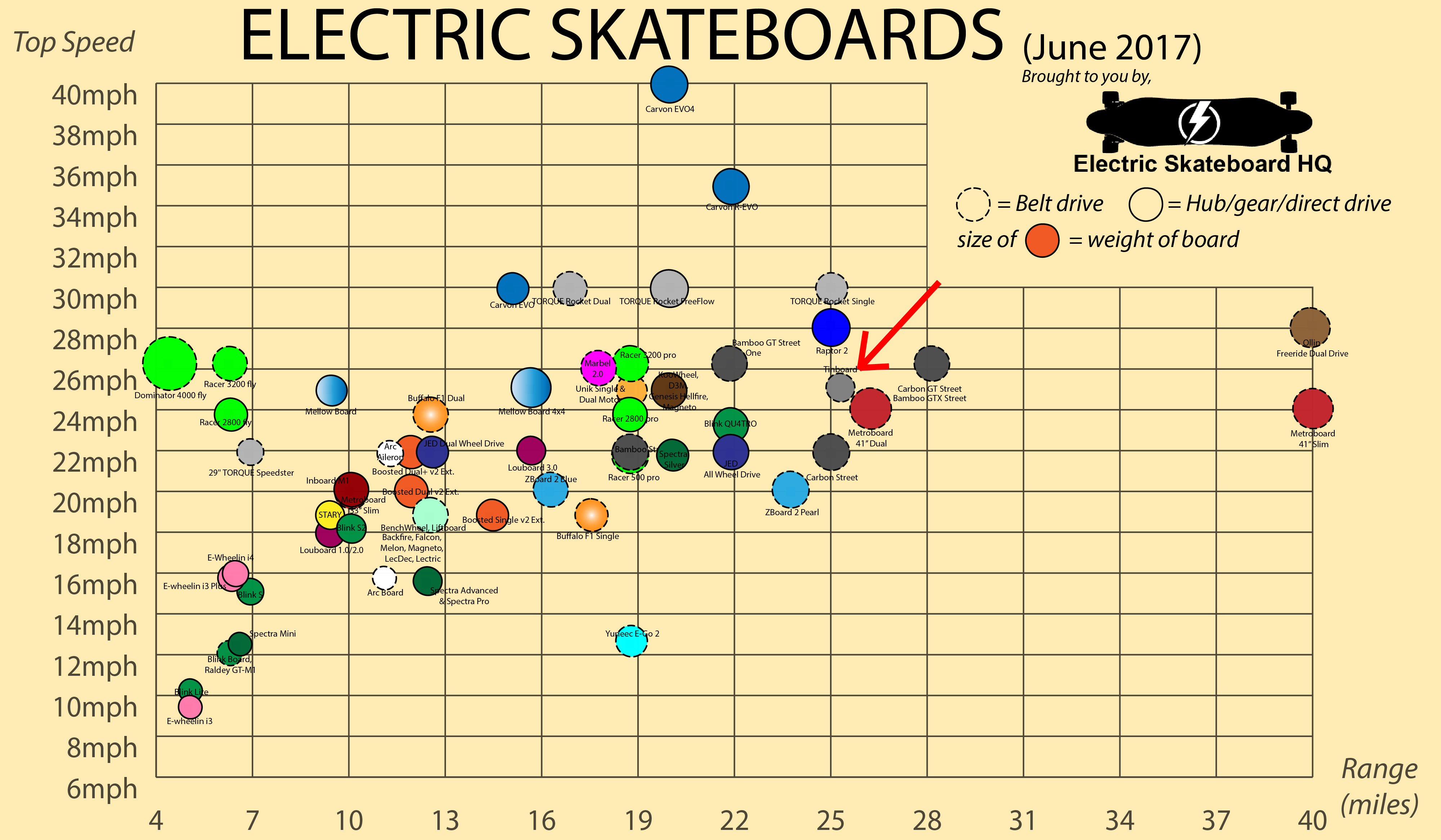 See the chart in Metric Units at my comparison page.

It is just unreal. Comparing top speed and range, <$800 Tinboard placed itself among boards that are priced at 1200$ above.
Not only cheaper than comparable boards, it is also lighter weighing at 12.3lbs or 5.6kg.

It also has extra features that most other boards don’t offer.

1. Changeable wheel from Street to All Terrain

Finally, Evolve’s monopoly on All Terrain skateboarding has been broken. All terrain feature has been the feature that set Evolve All Terrain series apart from other boards and now Tinboard is going to take a slice of that pie. Street wheels to run faster at nicer streets and All Terrain wheel for everything else. Or just keep the All Terrain wheel on, forever, that will be good too.

What’s the fun of going off road if the board can’t stand being a little wet?
There are only a few trully waterproof board on the market right now.

I think it is important seeing how Boosted Board and other boards have had issues with water causing malfunction. If the board is waterproof, at least we can be more confident that a little splash of water won’t kill the board.

I think Evolve should have made their board, especially the latest Bamboo GTX waterproof.

It is neat to have some shine. It is safer to be seen.
Tinboard has built in LED head and taillights so that you don’t need to buy these blazers from Amazon.

It just seems to be too good to be true.

But too good to be true seems to be the theme of recent Indiegogo/kickstarter campaign: Walnutt Spectra, Lou Boards and now this, all have crazy specs with affordable price.

However, with even 2nd-time Indiegogo campaigner Acton messing up their affordable Blink Series IndieGoGo campaign (late timeline, delivery issues), I have not much faith on Brenner LTD- a company popped out from nowhere to meet all its promise.

There is not much information available on Brenner LTD. All I can gather is that it is based on Zurich Switzerland, and its founder is Patrik Kovar.

I am not sure what kind of a person Mr.Kovar is and there isn’t much information available in the Tinboard webpages either.

Tinboard promised to be the best All Terrain board out there, even better than the Evolve’s.
The price, the numbers, and the features are all just too good, so good it seems unreal.

If not for the unknown company behind it with no resume, it would be a no-brainer for everyone to back one.

With the IndieGoGo price at $549 and regular price at $800. I think it is wiser to forgo the campaign and just wait for the board to be officially out for purchase since at $800 it will still be great value for money.

What do you think, do you have the courage to back this promised to be very incredible board?

UPDATE (25TH JUNE  2017): Tinboard IS a scam. Their website should be down. The indiegogo campaign should be dead by now. Anyways, you can read about what happened here.